Why Does Journalism Have So Many Toxic Bosses – And What Can We Do About It?

It’s certainly not easy being a leader in the newsroom. It’s a role that requires incisive action and breakneck decisions, all while balancing the changing needs of the team. This demanding cocktail of deadlines and leadership responsibilities can lead to some unhealthy power dynamics. If a leader lets their power get to their head, it is all too easy for newsrooms to become toxic workspaces.

In reality, a newsroom isn’t much different to other work environments. Considering that the media reports regularly on mental health and the importance of healthy professional relationships, you’d think senior staff would have a better grasp of sound work etiquette. Unfortunately, this is not always the case.

Some newsrooms have fallen foul of the very things they report on — toxic work cultures, sexism, and racism. Having a good editor can be the difference between progressing in your career or hating it so much you end up leaving the industry altogether. In some cases, the people who manage editors may be pulling the strings in a way that leaves staff demoralised.

With women and ethnic minorities most likely to be in junior positions, these already-marginalised groups may find themselves more easily driven out of newsrooms, leaving the profession more homogenous and a threat to accurate representations of real-life communities.

Being Verbally Abused By An Editor

One such person whose job ended up becoming a nightmare is Hannah* who reports for a prominent publication.

“At first, I got on really well with my manager,” she explains. “But two years into the job, something flipped and suddenly she was snapping at me, creating any reason to halt my promotion, and giving me negative feedback with no chance to justify myself. She’d drop meetings in my diary 10 minutes [before] 5pm, leaving me anxious all day.”

“She once called me a c*** on a drunken night out and snapped at me in front of the rest of my team.”
Hannah*, Reporter

Hannah’s boss would also complain about her “inappropriate tone” and threaten disciplinary action — all while Hannah’s white male colleague, also involved in the hairy situation, would be promoted.

“She once called me a c*** on a drunken night out and snapped at me in front of the rest of my team,” Hannah recounts. She is quick to add on that the comment was made in a joking way, but it remains a highly inappropriate slur to call a colleague. “There’d always be an accusation flung my way [or] a rude e-mail that would leave me in tears,” but the next day the manager would act as if nothing had happened.

Hannah continues, “I felt like she was gaslighting me…like I couldn’t do anything right, and like I was being bullied.” She tried meditating with her company’s HR team to cope with her feelings, however things went further south as her manager “doubled down on her behaviour” saying she would “treat any staff member this way, as if that made things better”.

In light of the toxicity, Hannah eventually gave up trying to progress within the company entirely. “I knew I was never going to get the promotion I deserved, and that every one-on-one would bring up another criticism. Now I’m desperate to leave the company — or more specifically, my team — to find a workplace I can actually thrive in.”

Sadly, Hannah’s case isn’t unique. Shayra*, another UK-based journalist we spoke to, experienced similar circumstances. Adding insult to injury is the fact that Shayra had been recruited through positive action: where brands try to increase their number of hires from underrepresented backgrounds.

She tells us that such such schemes are “more good PR for [companies] than a substantial contribution to the careers of people like us, who […] never see our roles translate into staff jobs or promotions.” Shayra also feels that “we can work very hard and win all the awards and nominations, but still not get the progression and pay we deserve.”

“When newsrooms advertise schemes to get more people from ‘diverse backgrounds’, it’s more good PR for them than a substantial contribution to the careers of people like us.”
Shayra*, Reporter

“I clocked this after I did an internship which was specifically targeted at people from ethnic minority backgrounds. The whole point [was] to build up your career portfolio but after I left, they decided to exclude my byline from the one story I spent months working [on], but left everyone else’s names.”

In another role, Shayra was led to believe that her contract would transition into a staff job, and that she would be informed of the decision on her last contractual day. She ended up waiting in the office until 7pm for what was described as an “important call” with a senior editor, with no other information to go on.

When she finally got on the call, it dropped halfway through. “I discovered it was due to my account being shut down without notice,” she adds. “That was how I ended up finding out the call was actually my exit interview.”

At yet another workplace, Shayra found herself frustrated by being constantly turned away from jobs despite going above and beyond — only to then see people less qualified than her receive those jobs instead. “I’ve now decided I don‘t want to work in a newsroom for a little while.”

How Do We End Up With Horrible Bosses?

One reason why we end up with tyrants in powerful positions is through the way we promote such figures, says journalist and researcher Deepu Sebastian Edmond.

A lot of it boils down to a lack of leadership training. In other industries, one would require qualifications for senior promotions, or can expect training either in-house or via third-party coaching.

“There is nothing of that sort in journalism,” says Edmond, “You can get promoted today and start working as an editor the next day, without having to go through any sort of management training.”

The result of being catapulted into working as a leader is that they do not know how to handle staff. These leaders may know how to do their jobs well from newsroom experience, but do not always have the incentive or sensitivity to deal with the needs of their colleagues.

Deepu (L) and Ayesha (R) have advice on dealing with challenging environments.

That said, Edmond highlights that this is something we can have some control over. When promoting or hiring editors, companies should make sure that they undergo some sort of management training.

“At the moment, [a newsroom is] not a really democratic space. One person has to […] make all the decisions, so there are flaws that come with that space, which often leads to autocracy being the norm.”

Edmond also calls attention to how, much like the popular kid in class, one charismatic person can take over a newsroom, which can often be problematic if they have particular political inclinations or certain vices. “You [could end up with] this particularly toxic newsroom that develops over time.”

Edmond feels that training should fall on the shoulders of those who own news corporations because they are ultimately the ones who need to make the investments. “We’re talking about anything upwards of a couple of weeks — maybe months — of training for the job, which means you’re committing to one person being on the job for a while.”

However, Edmond is also pessimistic about this sort of expenditure happening “because there is no money being made in this time”.

Even so, owners have to understand the importance of hiring and nurturing good leadership. Edmond recalls having seen too many cases where people who put themselves before the team are promoted.

“You want to promote the people who put their heads down, who love working as part of a team, who love to help others improve. It’s easy to hire a pushy person, because they’re already in your face, [but] it takes a little bit of courage to do the other thing and…take that risk. I think it’s worth it.” 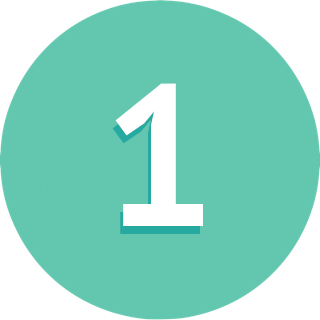 Take a breath and consider all options available to you, from informal conversations to going to a union or HR. 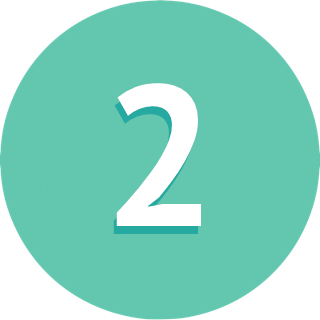 You were hired for a reason and it’s important not to lose sight of that. Remember that you are good at your job. 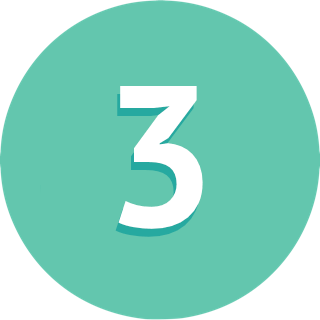 Think about what makes your boss tick — try and frame chats around things you know they’re passionate about. 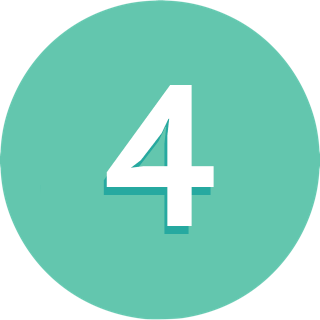 No job is worth your mental health. If you don’t think it’s workable, you can start to put in place plans to leave.

How To Work With A Difficult Boss In The Newsroom

However, what can you do if yourself when faced with a tricky boss? Firstly, try not to despair. Explore all your options when dealing with a difficult editor or manager, even if it means stepping out of your comfort zone. Career and life coach Ayesha Murray recommends believing in your own merits when handling such an issue.

“If you’re comfortable and confident in yourself and your abilities, you’ll find it easier to manage the impact of having a difficult boss,” she explains.

Some solid steps to take towards confidence include taking some time to focus on what you have achieved throughout your career, surrounding yourself with people that lift you up, both at work and at home, and thinking about the vision you have for your life and career. Ayesha reminds us that “we will all encounter toxic individuals — not just bosses — throughout our lives and careers, so building up our own resilience is key.”

Next, work out the best approach for talking to a toxic boss. Which types of conversation usually end positively? Are they more visual or data-driven? How can you create the best possible outcome for yourself? Ebony Montague, founder of HR Said That, echoes trying to talk to a manager first, before going to HR. “This can be hard if covering difficult topics,” she adds, “so I recommend listing all the points you want to make and gathering evidence if there is any — you can refer to your notes.”

By understanding what makes your boss tick, you can work the knowledge to your advantage and get the best out of each interaction with them. In changing your approach when handling them if need be, you can manage the situation yourself. If this doesn’t work, Ebony suggests bringing in a HR or union rep to help mediate the conversation.

It is also important to understand what you want to get out of your current role and organisation. How will your job benefit your career? Ayesha recommends focusing on your long-term vision and using your current situation to gain as much experience as you can, but to also remember that “ultimately, you have to do what’s right for you and your mental health.”

*Names have been changed to protect anonymity. All images stock unless otherwise stated. 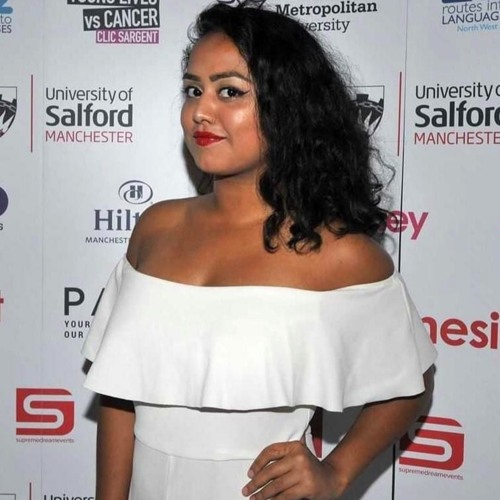 Faima was previously the Senior Staff Writer at Journo Resources, putting together original features for the website. She previously worked at Metro.co.uk on the lifestyle desk, and has since joined HuffPost Life.

Advice
Turning Six: On The Many, Many Hats We Have To Wear