The News Dehumanises Refugees – Here’s How To Change The Narrative

Despite the treacherous journeys many refugees have to make, their lives are often dehumanised in the pages of  national newspapers. Misleading headlines refer to them as ‘migrants’ or link them to negative emotive words such as “crisis,” “surge” and “flood”. However, the real stories of refugees are still largely missing from our newsstands. Danielle Desouza looks at the projects finally helping to centre refugee voices – and what we can do as journalists.

Before you can begin to tackle the misrepresentation of refugees in the media, it’s important to understand why the language in our coverage matters so much. The United Nations Refugee Agency defines refugees as “individuals who have fled war, violence, conflict and persecution”. However, as journalist Daniel Trilling writes in The Guardian, the term “migrant” is often used in our news reports instead.

“It’s a form of description that, until 2015, I might have expected to see more often in nature documentaries, applied to animals rather than human beings,” he writes. It might seem like a small change, but “migrant” has a more negative and dehumanising feel built in. As Daniel goes on to note, migrant is only used for “certain kinds of human beings”. Not the “professional” or the “wealthy businessman”, but rather “those people who fall foul of border control at the frontiers of the rich world”.

It’s a sentiment shared by Sara Nathan, co-founder of Refugees at Home, who says that there are more accurate terms that journalists should use. “‘Migrants’ has an unspoken economic or illegal foray,” she tells us. “My advice is that journalists should use ‘people’ or ‘humans’, and ‘refugee’ or ‘asylum seeker’ if that’s what they are. In fact, the Home Office itself says 98 percent of those who come on boats claim asylum, so these are reasonable and accurate terms to use.

When reporting on stories around refugees, it’s important to get the words right, especially when they have legal definitions.

• Refugees are people who are officially recognised as seeking safety from harm in a country other than their own. According to UK law, a person becomes a refugee when the Government recognises their refugee status and approves their application for asylum.

• Asylum Seekers are people who have formally applied for asylum and refugee status, but their case has not yet been concluded. It may be better to use the term “person seeking asylum” in some cases, to prevent dehumanising the subject of your stories.

• Migrants are anyone who has moved to another country for other reasons – it is a very broad term. For example, they may move to find work. However, the term comes with a lot of negative associations, so is best to avoid in copy where possible.

The common thread between all these definitions is that they are temporary – they do not tell the whole story of a person. Take time to reflect on the people at the heart of your story – who are more than just a legal definition.

It might seem like an academic point far removed from the real world, but that couldn’t be further from the truth. Language has an impact on real people.

Priya Commander, a psychotherapist and manager of the Multi-Ethnic Counselling Service at the South London Waterloo Community Counselling (WCC), says that the impact of negative media coverage can have a detrimental effect on the mental health of refugees. Once perceptions are formed from these reports, the ongoing stereotypes and misinformation can spread, causing more suffering to vulnerable people seeking asylum.

"They are not being believed; their stories are being challenged. It is about managing [their] anxiety levels.”
Priya Commander

“We try and prioritise what they want from the session and how they want to deal with their difficulties now,” explains Priya. “Often our clients are very anxious with the Home Office as they are failed asylum seekers. They are not being believed; their stories are being challenged. It is about managing [their] anxiety levels.”

Again, Sara echoes the sentiment – suggesting that while refugees tend not to actively read the press surrounding them, the media coverage heavily impacts the policy and agenda that, in turn, determines their future. She explains: “Language used in written or broadcast media helps to set the climate, and it contributes to the vileness on social media.”

Platforming The Voices That Matter

As well as being mindful of the language we use in our stories, Sara adds that it’s important to be realistic about the likelihood of finding case studies to illustrate news stories.

“You aren’t going to get first-hand stories, without proven experience around the subject, and without dedicating a lot of time,” she comments. “Realistically, finding people with lived experience who want to speak to the media is always hard because we are talking about people who may be severely traumatised.

“Remember, they would have also told their story to the Home Office and have often not been believed – which is also terribly traumatising. Plus, they know that stories are shared on social media, meaning they can go everywhere. There is the possibility that them speaking out [for an article] can even reach their home and endanger their families further. Usually, in my experience, refugee stories tend to emerge through spending time together, over many dinners, doing the washing up together – rarely is it in the first few days of meeting someone.

“That’s why it’s even more important to platform facts and accurate statistics.” In particular, Sara points to Full Fact as a good starting point for journalists who want to make sure their copy is accurate.

However, even in the absence of readily available case studies, there are projects putting these voices at the forefront of the story. The UN Refugee Agency, for example, has put together a dictionary of definitions to the term refugee, many from people with lived experience.

The Refugee Journalism Project helps refugee and exiled journalists restart their careers in the UK. Founded in 2016 and based at the London College of Communication, the organisation has so far supported 48 journalists back into work. Their cohort is made up of professional writers who have lived experience of both the refugee journey and the political landscape – they could potentially be a better person than you to tackle a story.

Leading the way in platforming authentic stories is PositiveNegatives, an organisation which creates comics about refugees and other human rights issues. So far, it has covered 50 stories, across 43 countries and has amassed a global audience of 90 million.

The comics detail refugees’ experiences travelling from their home countries to Europe. The subjects are kept anonymous, meaning the projects can showcase the most personal details of their stories. Like traditional comics, speech balloons, gutters and panels are used to illustrate the depths of their pain, and their innermost thoughts and fears.

For example, their comic A Perilous Journey provides an insight into some of the mental struggles of three male Syrian refugees. The text and graphics were largely based on photographs and testimonies from the refugees themselves, and they were regularly allowed to review different stages of the comics’ production.

Each character has their own psychological scars; Mohammad has paranoia and anxiety from escaping conscription into the Syrian war, constantly in fear that he will be found and struggling to provide for his family back home. Hasko suffers from self-doubt, which is worsened when he reads Western media reports about Syrian men. Khalid is traumatised from witnessing the torture and death of his friend, Mustafa, by the state.

Founder of PositiveNegatives, Benjamin Worku-Dix, explains to Journo Resources that these comics are so powerful because they express and explore the real trauma of refugees. “We’re all scarred,” he says. “Life is hard. None of us have gone through life without some sort of scarring.”

The most empowering aspect of these comics is that they don’t victimise the subjects. Instead, reading about the plight of the characters helps to educate people on the challenges faced by refugees, showing those negative stories across the media in a very different light.

Lindsay Pollock, the graphic designer for the A Perilous Journey comics, reveals how the main message, at the heart of these graphics is empathy. “I want the reader to feel the character’s emotions, and care about them,” he explains.

Although Ben and Lindsay have done all that they can to ensure that PositiveNegatives has the ability to counteract negative discourses in the media, Ben admits that they largely “preach to the converted”. He adds: “The media is an incredibly loud voice. PosNeg is a part of that, but we are tiny against the big international media.”

Which is where we come in. As journalists, we all have a duty of care to support honest journalism. When it comes to reporting on the stories of refugees, we must learn to humanise their stories – rather than treat them as an entity to blame for societal issues and conflicts. To do this, we must offer depictions that tell honest stories, check facts and platform the voices that are able to inform and enlighten readers in a truthful and educational way.

•  Welcome To Britain, written by Colin Yeo, provides accurate information on the legal side of claiming asylum.

• The Right To Remain Toolkit, which is free and available online, also offers comprehensive explanations of the asylum process.

• The Migration Media Awards recognises journalist that approaches the topic with sensitivity and respect, providing a wealth of information and resources. 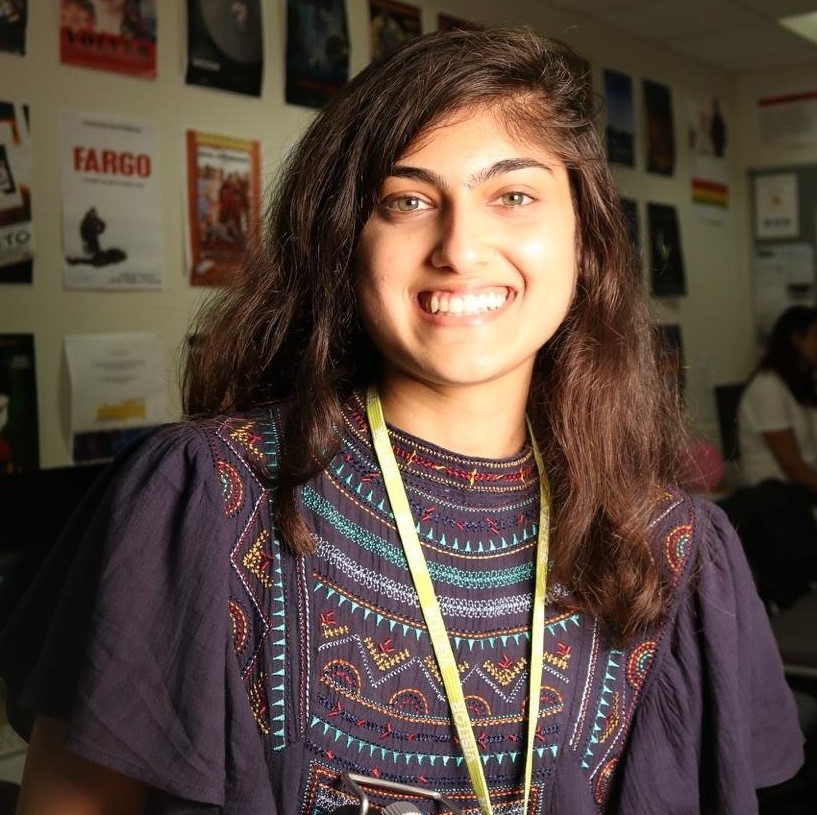 Danielle was selected as one of the inaugural Journo Resources fellows in 2020/21. She has since gone on to work at PA Media as a junior journalist trainee on their news desk.

She has also previously worked on blogs and podcasts at GlobalGirl Media and was part of Avado’s Fast Futures Programme.