A large minority of people in the UK have very negative or cynical views about how they think journalists do their jobs. Some even believe that reporters deliberately seek to manipulate the public. At the same time, roughly three-quarters of respondents in the UK said they had never known a journalist personally.

When diagnosing the causes of distrust in journalism, media professionals often talk about “hard to reach audiences”, but perhaps “badly served’ would be a more accurate term. This is a view The Bureau Local’s Shirish Kulkarni put forward at the launch of The People’s Newsroom initiative last month.

The Bureau believes that communities are often failed by a media ecosystem that doesn’t allow people to tell their own stories and misrepresents their views on sensitive issues. Its lack of diversity is worsened by high financial barriers of entry for communities wanting to create their own publications and newsrooms.

Their new initiative aims to provide shared infrastructure that will make it easier for people to create and run their own newsrooms including shared legal costs, product-design and shared back-end infrastructure. It’s only in its planning stage at the moment, but they hope that sharing the cost of the business side of media organisations, such as a Customer Relationship Manager or observation software will lower barriers to entry.

“Lots of this project has been fed off what we’re hearing [from] local newsrooms,” Bureau Local Director Megan Lucero tells Journo Resources. “Simply sharing editorial support is not enough to really support the sustainability of local news, it’s the business itself which is struggling.” Previously, The Bureau had focused on sharing editorial resources to ease the burden of long-term investigative reporting. For example, recent investigations include GP surgeries refusing to register undocumented migrants and how livestock farms are polluting the UK.

The idea is that lowering the costs of starting a new media organisation or growing an existing one will enable communities to tell their own stories and restore faith in journalism as a tool for community-building.

“It’s not like we’re trying to say: ‘let’s go out and rebuild newsrooms, who wants to do it?’” Lucero says. “We’re starting the other way around which is ‘who really wants to strengthen a community and sees that journalism can do that.’”

“Simply sharing editorial support is not enough to really support the sustainability of local news, it’s the business itself which is struggling.”
Megan Lucero

Seeing Yourself Reflected And Heard Is Vital

So, how does this plan sound to those on the ground right now? Shazia Ali is a journalist and organiser at ESYT which provides support for young people from ethnic minority backgrounds in Wales. She is leading the creation of a new newsroom in Swansea which will enable ethnic minority communities in the city to tell their own stories.

“I’m Welsh, but I’ve also got a South Asian background and a Muslim background and a working class background, so growing up I did actually feel like I was from the communities that were marginalised by the media,” Ali says.

She tells Journo Resources that her communities were often underrepresented and misrepresented by the media, which presented a distorted view of what she understood to be true. “That was very damaging to me and damaging to my community.”

“There could be a terror attack related to South Asian communities or Muslim communities and the way that it’s covered, as opposed to the way white terrorism and white nationalism is covered and it’s not told in the same ways,” she says. In a similar vein, just last month a judge in Leicester made headlines after sentencing a right-wing extremist to read classic literature rather than face prison.

Ali went on to study journalism in Cardiff and then worked as a local reporter in Swansea, showcasing stories from the communities she had previously seen misrepresented. “When you’ve been marginalised and ignored by the mainstream media for so long [and then] see yourself being reflected and heard, it gives you a sense of validation,” she says.

“Knowing that those journalists come from their own communities gives people a sense of hope that they will feel not only heard, but respected, and their stories will be told with a sense of clarity and sensitivity,” Ali says.

EYST is currently in the product design stage of creating its newsroom, supported by Clwstwr and The People’s Newsroom. Ali says that the end product doesn’t have to be a traditional newspaper, it could be a newsletter or WhatsApp service. What’s important is that people “feel that they can trust that their stories will be told with sincerity, authenticity and that they’ll be respected.”

‘A Useful Contribution To The Landscape Of Resources’

And what of those organisations that have already established themselves as local or community newsrooms? David Floyd is the managing director and co-founder of Social Spider. They’ve been doing local news in North East and Central London since 2014, although Social Spider itself has existed for 18 years.

“We started our first local newspaper, Waltham Forest Echo, in 2014 and we’ve been developing that model for local news over the period since then,” Floyd says. They now have five publications and employ 16 people in total. Around 70 to 80 percent of each newspaper’s income comes from print advertising and the rest is split between newsletter advertising and memberships.

Floyd is optimistic about the initiative and tells me that it would have been welcomed when he was first getting into community news. “I think it’s a useful contribution to that landscape of resources that’s out there [and] they’re looking to draw in new organisations to broaden that sort of ecosystem of local news and I think that can only be a positive thing.”

“Knowing that those journalists come from their own communities gives people a sense of hope that they will feel not only heard, but respected, and their stories will be told with a sense of clarity and sensitivity."
Shazia Ali

For Floyd, it’s important that new newsrooms receive start-up funding because it’s this which allows a publication to go from one or two people in their kitchen to a sustainable organisation which can afford to hire people and invest in the business side of journalism.

We asked Lucero whether The People’s Newsroom will be providing start-up grants as part of the initiative and if so, how much these grants would be. She tells Journo Resources that because “we are still designing the programme […] this hasn’t been established yet.” The Bureau Local’s website includes a call-out to potential funders and EYST’s project is being funded by Lankelly Chase, which indicates that some form of funding provision does appear to be part of the plan.

Grant Plan Grants – £1,000 grants for people of colour based in the UK to kickstart a new cultural project such as a zine or events.

National Endowment for Democracy – Grants of up to $50,000 for organisations, including independent media outlets, which advance democratic goals.

You can find more opportunities on our Funding page.

How Will These Newsrooms Fare Long Term?

What The People’s Newsroom doesn’t solve, or claim to, is the issue of finding a funding model which can sustain local news in the long-term. Whilst advertising is working for Social Spider, it doesn’t work for everyone – and the amount of paying members a publication requires to start hiring a proper body of staff will be out of reach for many. Lucero tells me that the Bureau Local aren’t planning on recommending a certain funding model to new organisations – this will be left up to them.

Yet, the initiative seems like a positive step, albeit in its earliest stages. It will be interesting to see how the newsrooms it facilitates hold up in the long run. The drive behind it is hopeful, especially when many of the discussions around local and community news are downcast.

“The ultimate aim is real societal improvement, seeing diverse stories and seeing journalism being this force for good,” Lucero says. “Sometimes we get really doom and gloom and I think we have to remember journalism at its very core is […] that driving force which allows communities to connect and spark change and spark action.” 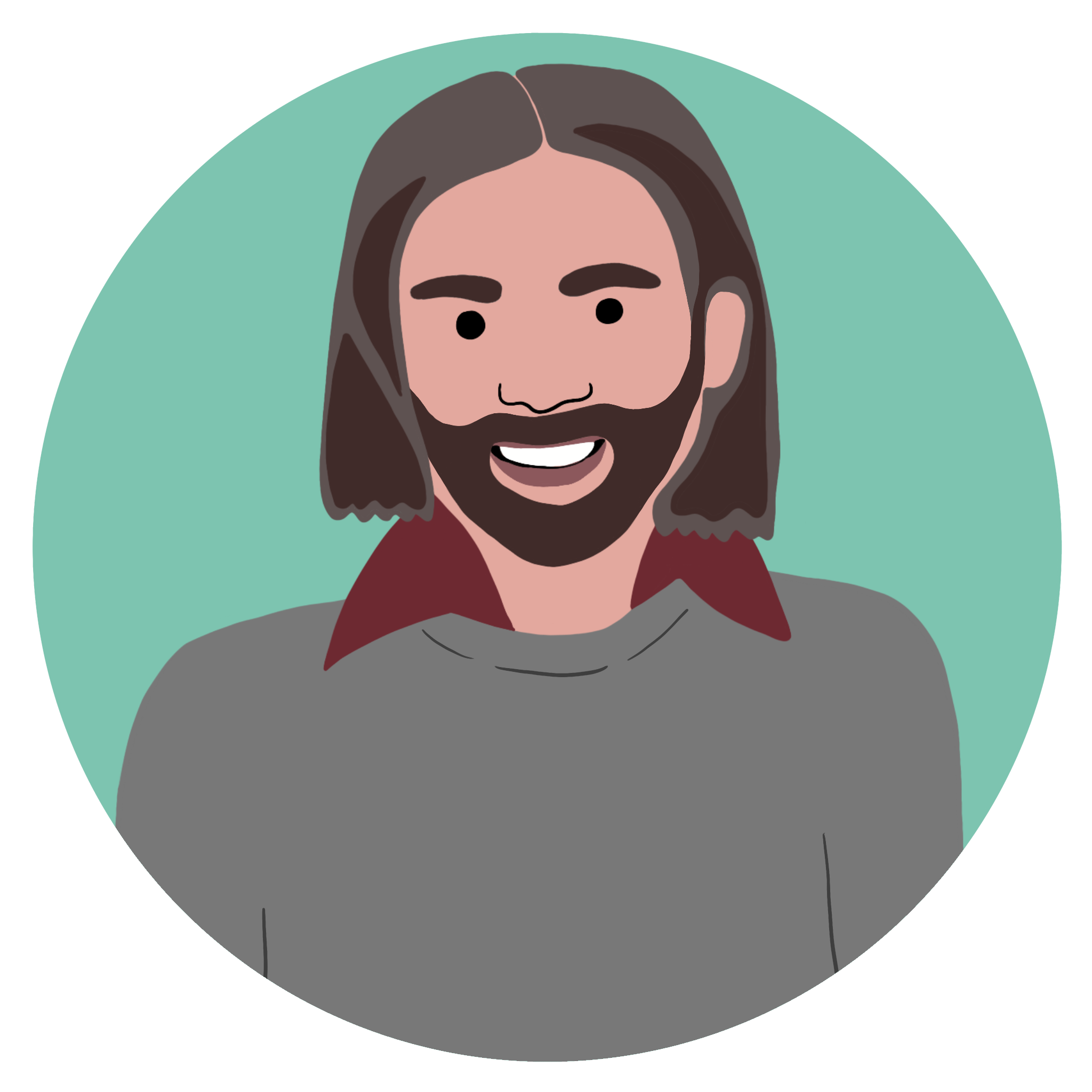 A Day In The Life...
Life On the Falklands: What It’s Like Being A Journalist 8,000 Miles Away