How To Report On Rape And Sexual Assault Ethically And Responsibly

While working on a blog series about my personal experience with rape, I came across stats that were simultaneously shocking and predictable. At the end of March 2020, an estimated 773,000 adults aged 16 to 74 were exposed to sexual violence. Out of these, only 3.5 percent of cases will end up in a prosecution; a number which has been in decline for the last few years.

Stories of sexual assault have become a regular feature on the news, but the approach journalists take doesn’t always help. Poor reporting on rape and sexual assault can cause real harm: reinforcing stereotypes and adding to rape culture and victim-blaming. And these attitudes seep into all areas of society.

Chiara Varè, a project coordinator and author at the charity On Road Media, points out: “We emphasise the same narratives that are actually harmful. This, in turn, also affects the way the issue is dealt with by the law enforcement.  People working in the criminal justice system – regular people like you and me – who hear these myths that victim should look a certain way and that rape happens in a certain vacuum – they bring these biases into the legal prosecution system.’’

"People working in the criminal justice system - regular people like you and me - who hear these myths that victim should look a certain way and that rape happens in a certain vacuum - they bring these biases into the legal prosecution system."
Chiara Varè, On Road Media

It’s something I also have personal experience of. After reporting a date-rape that took place in 2019, a female police officer told me that “hopefully” I learn from this experience and “don’t get this drunk again.”

Whether by the police, friends, or the media industry, being blamed for something someone else did to you is one of the myriad of reasons why victims don’t always come forward. “Sometimes it’s easier not to say anything,” adds Chiara. “It takes a lot of energy to keep explaining yourself and defending yourself.”

“It’s easier for people to think ‘well, it’s their problem and this is the way they could avoid doing that’ than to think about how we could all change,” explains Chiara. “Because if you put yourself in the problem, it means you need to start thinking about your responsibility.”

As journalists, the first step to responsible reporting on sexual assault and rape is to acknowledge our role in the problem. While press regulators such as IPSO have put together extensive guidelines surrounding the legalities, very little is said about language other than to avoid “terminology which sensationalises the offences, apportions blame or implies that the victims consented to the sexual act.”

Victim Blaming And Rape Culture: What To Avoid

Rape culture is a society or environment where the prevailing social attitudes mean that sexual assault and abuse are normalised or trivialised. Victim blaming is where the victim of a harmful act is wrongly held entirely or partially responsible for what happened to them. Common examples of victim blaming to watch out for and avoid include:

• Suggesting a woman’s clothing choices played a part in encouraging a sexual assault,
• Implying that a woman had drunk too much at the time of the assault,
• Including details about a woman’s sexual history. This is not relevant and perpetuates stereotypes,
• Arguing that a woman’s behaviour was the problem – such as walking home late at night, or not having a chaperone.

As a result, we end up with news reports which skew our perceptions. An article about a successful rape conviction where the victim is described as “intoxicated” in the first sentence. A comment from a Sky News presenter that women who go out drinking and wearing short skirts are “out provoking someone”. John Humphrys asking if there was a “witch hunt” underway involving allegations against MPs.

This leads to alarming findings. The majority of men in the UK believe that the more revealing the outfit, the bigger the likelihood the woman will be subjected to sexual violence. Forty percent of young men believe that she is “totally or partially to blame” if out drinking and wearing a short skirt.

Something I struggled with years after first being raped at the age of 13 was believing that what I had worn that evening was somehow an invitation.

As well as placing the blame on the victim’s outfit, victims can also be vilified for their sexual history, willingness to engage in sex, or the amount of alcohol they drank. These characteristics paint a picture that the victim may be morally corrupt and could therefore anticipate the violence, or prevent it by not doing those things.

It’s also vital to make sure you don’t let misconceptions about consent creep into your reporting. In short, there is no such thing as an “underage women”, a term which implies the agency to make decisions around sexual consent. There are only minors and adults. Underage women are girls.

As the story of Jeffrey Epstein broke, however, it was a term found littered in coverage. An analysis in The Atlantic points to the term being used by The New York Times and New York magazine. Jezebel counted 90 instances of it being used in broadcasts in the days after his arrest. Some of the victims were as young as 13.

Individual Journalists Can Make A Difference

It can be easy to see the problems in media reporting of sexual assault as overwhelming, where we can’t make a difference as individuals. But that isn’t the case. Speaking to Journo Resources, barrister Paula Rhone-Adrien, who’s commented extensively on violence against women and gender crime, says blaming the media is “too simplistic, as if it is this one homogenous beast moving with the sole purpose to destroy victims of sexual crimes’.

There are actions journalists can and should take to support victims. She also emphasises that news reporters must tread around stories very carefully in order not to jeopardise the investigation and the prosecution process. The two most important things to bear in mind are anonymity for victims and cases which are currently going through the court process.

IPSO media guidelines state that while it’s sometimes obvious that information could lead to identification, “on other occasions, information will seem insignificant and yet, to people who know something about the parties involved, it may be sufficient to lead to the victim’s identification”.

“For instance, even such apparently incidental details as the precise dates on which offences were alleged to have taken place could contribute to identification, if the accused was known to have contact with the victim on those dates.”

It is also important to be aware of “jigsaw identification” too, which “occurs when different pieces of information appear in different publications, which allows readers who have seen the reports to work out who the victim is”.

“You should take all steps to make sure you and your colleagues on the news desk are aware of what information has already been put in the public domain by other media outlets and by your own publication in any previous reports on the case, before producing additional reporting.”

Speaking specifically about cases where there isn’t yet a conviction, Paula explains: “Unless found guilty, any perpetrator must be referenced as an “alleged perpetrator” [by law].” It is the job of the courts to decide if someone as guilty or not, and media reports that suggest otherwise can cause trials to collapse.

Similarly, it is also vital to remember that all victims of sexual offences are automatically guaranteed lifelong anonymity from the moment they make an allegation. Generally, this will only be lifted if the victims chooses to do so themselves. It’s important to take care to avoid details that could allow other people to identify the victim, even if you don’t specifically name them.

And the law aside, it’s vital to keep ethics at the heart of everything. When writing about personal experience or someone else’s, Chiara notes there are a few key points a journalist should consider.  “What do I want the readers to take away? What do I want them to remember? Is it what happened to me? Is it my story?”

"Survivors are journalists, they’re runners, they’re mothers and doctors. So adding that human level of connection to the person you’re talking about is very important."
Chiara Varè, On Road Media

Looking past legal responsibilities, it’s also important to make sure perpetrators’ actions are not removed from the narrative through the words we use. This is where active and passive language comes in.

“A woman was raped’’ instead of “a man raped a woman” is often how crimes are portrayed. The constant passive voice, though seemingly subtle, promotes stereotypical perceptions and unhealthy attitudes, again shifting responsibility to the victim.

The passive voice has been used consistently for so long, it can almost feel more natural when describing events of sexual assault, but language does change and evolve. Even two years ago, terms such as “self-isolating’’ were completely unfamiliar. We would have used a person in isolation. “We adapted because of necessity,” Chiara explains.

Paula also adds that journalists should be “choosing victim-focused terminology, which can be fact-checked by visiting the websites of organisations who support such victims’’, for example, the comprehensive list on the Angles website. Phrases such as “non-consensual sex”, “fondling”, and “caressing”, for example, often diminish the severity of the crime.

There is also work to be done with the images used. Chiara adds: “Stock images with usually young, attractive white women with their head hiding behind their hands and being desperate – so there’s the portrayal of survivors that this is now your identity; this is who you are.’’

But, victims are more than survivors. “Survivors are journalists, they’re runners, they’re mothers and doctors. So adding that human level of connection to the person you’re talking about is very important.’’ You can also find a range of free stock images from Zero Tolerance.

Equally, it’s important to help give victims control over their narrative. Keep them informed about the angle and outlet of the piece, as well as how it will progress and what to expect. Chiara also encourages journalists to consider allowing victims to see a final draft before it goes out, to check they have been represented how they want to be.

While she’s aware this might not be the correct approach from a journalistic perspective, it does give the person some sense of control – something that was stripped away during the assault – and is also “helpful to start changing those narratives’’.

There is a long way ahead and it may take generations to see any kind of change. But if we all do small things and add the tiny patches together – it will change the picture. 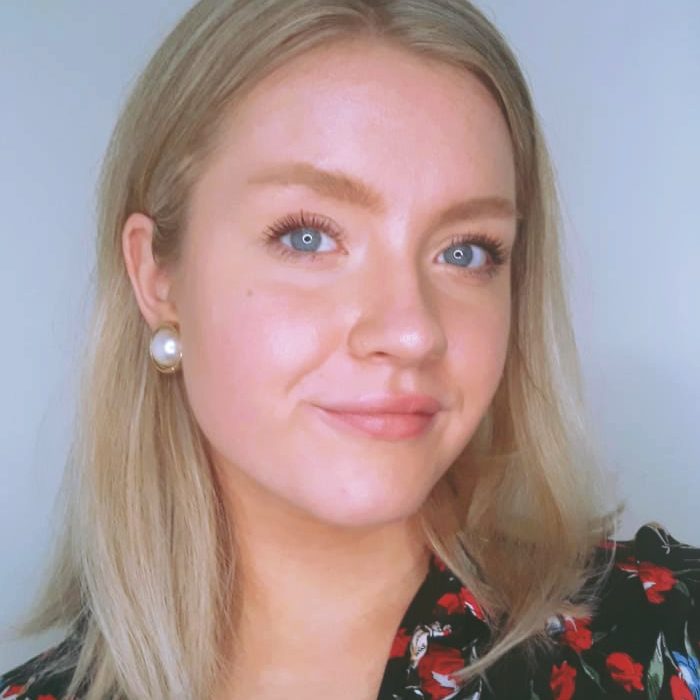 Kate is one of the inaugural Journo Resources fellows. She was part of 2021 cohort and has written on a wide range of topics from best practice when reporting on sexual assault to the future of AI journalism.

She is also a freelance journalist who is open for commissions.