Educating Yourself About Racist Language In Journalism

As the people reporting the news, commissioning comment pieces, and leading societal discussion, journalists have a duty of care to provide accurate information in a responsible way. This means not only being aware of the history and complexities of systemic racism, but also making the effort to understand the impact of discriminatory language within journalism.

In her Journo Resources piece about the dangers of speaking out on racism in newsrooms, HuffPost UK journalist, Faima Baker, wrote: “For all their good intentions and diverse takes, even the most progressive publications can be perpetrators of bias, xenophobia, microaggressions and outright racism.”

You may assume the reason for this is simple; some journalists carry and project racist ideologies. However, it’s not always that straightforward. Sometimes, racist language can come from unconscious bias or an ignorance towards racist tropes – where the writer doesn’t view themselves as racist yet holds deep-rooted beliefs that may come out in their writing. In other instances, it comes down to a lazy attitude when researching the subject on which they are writing.

As journalists, we simply need to do better – and we can do this by examining our own bias and educating ourselves before we start writing.

"You may assume the reason for this is simple; some journalists carry and project racist ideologies. However, it's not always that straightforward. Sometimes, racist language can come from unconscious bias or an ignorance towards racist tropes."
Karen Edwards

Understanding the deep link between language and identity is key here. Identity is something we all hold dear and when we are challenged on that identity, serious harm and distress can be caused. Language can shape readers’ perspectives on people they don’t know – and in many cases, readers will rely on your words to form their own views. It shouldn’t need saying, but the need to be accurate and trustworthy is crucial.

The first step is always to assess who should be the voice behind the piece – and it might not be you. Are there other voices in your newsroom who could tackle the piece more efficiently, either through knowledge or experience? As a bare minimum, if you are the writer or editor, double check the full names of people who are included in your story – taking care to spell every name and caption every picture correctly.

Natalie Morris, Deputy Lifestyle Editor and lead on The State of Racism series at Metro.co.uk, agrees: “As journalists, it is always important to ask yourself if you are the right person to write a particular story. Fostering better diversity in newsrooms, and empowering journalists with different and varied cultural and socioeconomic backgrounds, will help to ensure that nuanced and sensitive language becomes the norm.

“Using a word that has negative or problematic connotations to describe a group of people – either carelessly or intentionally – can cause individual offence, but also has much wider ramifications that can reverberate through generations. We have a platform and a voice to shape the narratives that are read and watched by thousands. It isn’t only good practice to think carefully about the language we use around systemic racism, it is also an incredibly important responsibility.”

While many would argue there has been a notable shift towards more inclusivity in editorial writing – gone are the days where overt racism is frequently printed in the British press – subtle discriminatory language certainly still exists.

Meera Dattani – a freelance travel journalist, co-editor of Adventure.com, co-creator of the Unpacking Media Bias newsletter, and events director for the British Guild of Travel Writers – explains: “The way we speak about people (and places) is so important. I’m not into the whole ‘outrage’ if someone gets it wrong when they didn’t intend to offend – and yes, of course, some people do intend to offend – but equally, ‘not meaning to’ or that it’s ‘hard to keep up’ isn’t the best excuse now.”

Subtle forms of racism in reporting comes out when individual identities are ignored – and when non-white groups are positioned in the same ‘box’ due to lazy oversimplifications.

“Take a term like ‘BAME’ [Black, Asian and Minority Ethnic], for example,” discusses Meera. “It doesn’t recognise the racial hierarchies within those ‘BAME’ groups – a Black person’s experience and needs will be different to an Asian person’s – and what is Asian even? South Asian and Southeast Asian are completely different – while everyone else is ‘Minority Ethnic’.

“If you look back to colonialism, its whole structure was based on one group of people thinking themselves superior to another – a term like ‘BAME’ doesn’t allow us to see and understand different races, religions and cultures. When you think of it like that, no wonder so many find this umbrella term problematic.”

Nicole Lampert, a freelance writer for The Independent, Daily Mail, The Spectator and other titles, often speaks out about the antisemitic language and ignorant vocabulary used in reporting. She reminds us that racism isn’t always an issue of colour, particularly for “Jews (or other minorities such as Roma and Travellers)”.

Unfortunately, as with all forms of racism, the result of such uninformed journalism has real-world – sometimes violent and abusive – consequences. “Some paler skinned Jews have ‘passing white privilege’ – they enjoy the advantages of being white when people don’t know they are Jewish,” explains Nicole. “Yet my son is very pale and has still suffered racial abuse and social media is only making things worse.”

What Is Unconscious Bias?

Unconscious biases, also known as implicit biases, are social stereotypes about certain groups of people that people form about people outside of their conscious awareness. This could relate to any group, such as people of a certain race, religion, age, gender, sexual orientation, weight, or sexuality.

Everyone holds unconscious biases against various social and identity groups and they are often incompatible with our conscious values. They’re also much more likely to surface when we’re under stressful scenarios, such as multi-tasking or working under time pressure.

As a result, Nicole asks all journalists to have a “working knowledge of common antisemitic tropes” – understanding that harmful, sensationalist claims such as, “all Jews are rich or powerful or control [every]thing, or that Jews enjoy killing children (read: the blood libel),” are racism in action.

“When it comes to the one Jewish state – Israel – try to gain an understanding of what it is. And if you are thinking about writing about politics, it’s worth trying to find both Israeli and Palestinian voices. I’d recommend Noah Tishby’s Israel: A Guide to the Most Misunderstood Country On The Earth.”

Tackling The Distrust In Modern Journalism

There is no doubt social media, as a ‘freedom of speech’ platform, plays a large role in the discourse around racism. While reader opinions will differ and cause debate – often played out on the likes of Twitter and Facebook – that doesn’t give license to laziness or bias on the part of the journalist. In fact, it is the journalist’s duty to counteract such misinformed takes with honesty and integrity.

An example is when a newsroom researches, writes and publishes an article. Those stories are then picked up and rewritten, re-hashed and re-posted online – often by other journalists. It’s vital that the duty of care exists at all stages of the news process, or the potential for harm becomes exponentially bigger.

Ethical travel, identity and sustainability writer, Shivani Ashoka, who co-created the Unpacking Media Bias newsletter with Meera, agrees. “The reality is, it’s not overtly racist slurs that most need to train themselves out of using; nowadays, we need to be aware of language and framing that recycles violent or traumatic stereotypes and tropes and learn how to write respectfully about the ‘other’. Essentially, we all write or edit deeper, familiar stories of our own perception. A re-education is critical.”

Shivani advises this is a problem we need to tackle with care. “There’s a growing narrative now – notably, alongside the rise of social networks, where people can speak for themselves – that ‘the media’ is untrustworthy. Part of this is due to historically excluded groups being misrepresented, which can easily happen when journalists are not keenly aware of their own biases and what pictures they could unwittingly paint of other cultures and communities.”

Yes, online newsrooms are a fast-paced, urgent environment, but taking time to investigate the story further – and asking if there is a stronger, more accurate angle to report on – is integral. Once again, journalists must push for better by not pandering to stories simply to garner a controversial viewpoint that draws ‘clicks’. Examine the stories you choose to support, through writing and sharing, and the underlying message they send out.

"Language is not a superficial or unimportant thing - the words we use directly influence how we interpret the world around us."
Natalie Morris

Remember, your journalism has the power to drive the public narrative. If you are unsure whether your language is falling into trope-territory, do not write the piece at all. If a mistake is made, apologise – but certainly don’t ignore it or be defensive. Neither should your article discount or diminish anyone calling out racism.

This was the case recently when three journalists of colour, Monisha Rajesh, Professor Sunny Singh and Chimene Suleyman called out a well-known author on the racist language in her book centred around school children, after she publicly drew attention to that racism. The story was misjudged several times by other journalists reporting on the case and weighing in on social media and Monisha, Sunny and Chimene were all subjected to severe racist abuse – for pointing out the harm of such discriminatory language.

“Language is not a superficial or unimportant thing – the words we use directly influence how we interpret the world around us,” explains Natalie. “So, when it comes to issues of identity, race, and racism, we all have to be careful and considered about the language we choose to express our ideas.”

There are plenty of informative resources available for journalists who wish to educate themselves around the subject of racism, such as this analysis by Nicole on grime artist Wiley’s anti-Jewish tirade. She says: “Understand that antisemitism did not emerge and die simply with the Holocaust. It’s called the oldest form of hate and has existed for thousands of years. Don’t ever compare things to the Holocaust which stands out, with slavery, as one of the most pernicious examples of man’s inhumanity to man.”

Meanwhile, Metro.co.uk‘s The State of Racism and Mixed Up series provides a valuable insight on the experiences of racism and being mixed-race. While the monthly Unpacking Media Bias newsletter is now a vital go-to for writers – dissecting problematic language and suggesting ways in which all journalists can broaden their minds and their narrative over many different topics.

“Meera and I started the newsletter for that reason; we wanted to create something that would inform and inspire and that would help other journalists think more critically about what they read and write,” explains Shivani. “We learn so much from it, too – particularly from our contributing writers – so it feels like an edifying and inclusive space.”

Finally, we have to understand that language evolves. As journalists, writers and editors, it is our responsibility to be aware of that evolution. Rather than refusing to acknowledge changes, or side-lining them as ‘too hard to remember’, we must actively educate ourselves by listening to voices that know more than us. We are all learning as we go, but the emphasis is on us to do the learning. 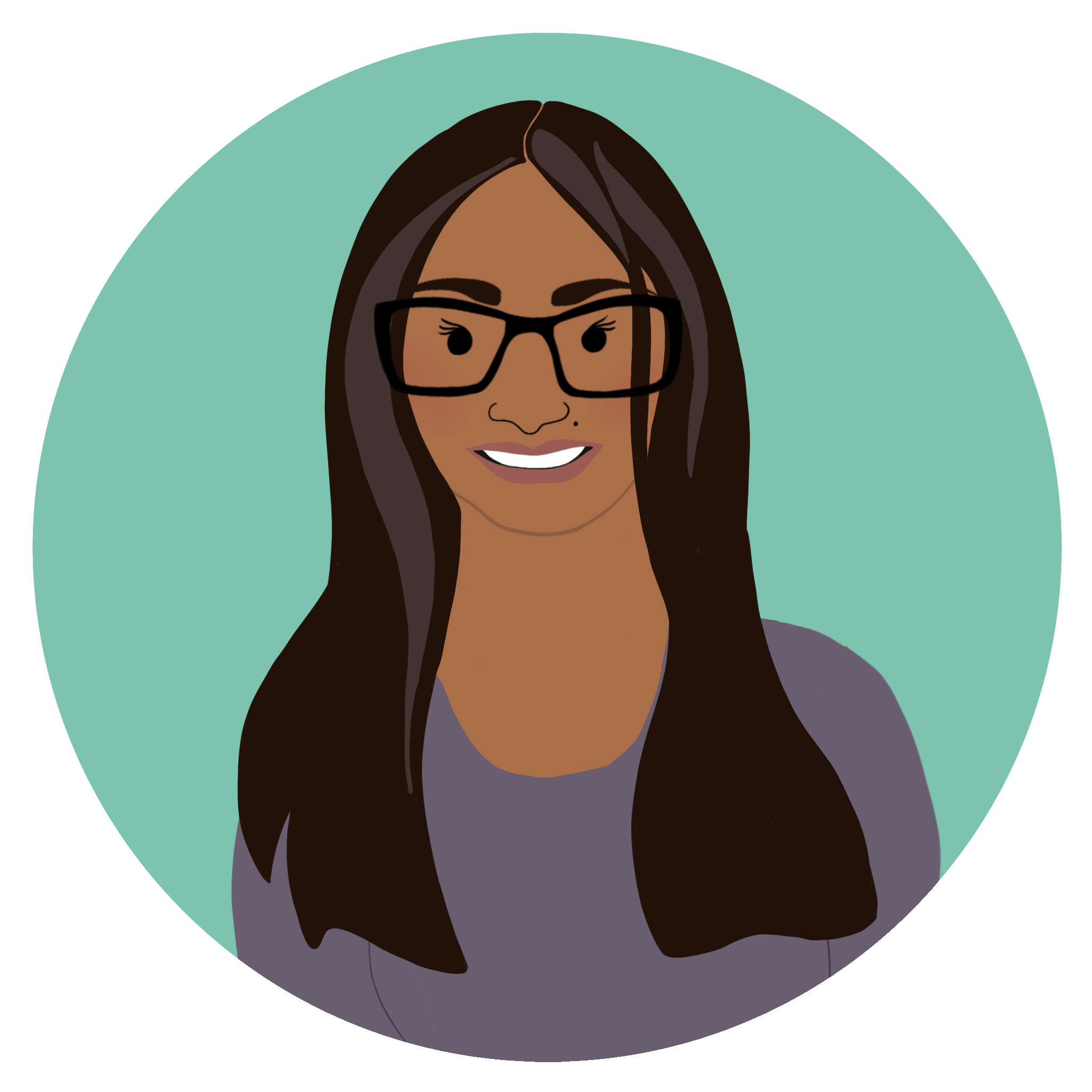 Karen Edwards is the senior journalist at Journo Resources.

She focuses on practical, advice-led pieces on various sectors across the industry – feel free to get in touch with her if you have suggestions on what we should cover!

Outside of Journo Resources, Karen writes for print titles such as High Life by British Airways, Grazia and Metro, alongside digital platforms, including IndyVoices and Telegraph Travel.