The Art Of Email And DM Interviewing: How And When It Works

Journalism is a profession about people. We’re always told that the best stories come from face to face interviewing, because they allow us to observe every facial expression and dig for the perfect quote.

What is less acknowledged is that this type of interview is often a best-case scenario. Evasive sources, location constraints, and mounting deadlines are just some of the issues that can make even a brief phone call hard to achieve.

Luckily, we have backup options, though they might not be as highly regarded as a good old real-life interview. Enter the world of interviews via email or DM (direct message).

Email interviews have courted controversy for almost as long as they have existed, frequently dismissed as bad practice. In 2013, three college newspapers in the US went as far as banning their writers from using them entirely, sparking debate over their appropriateness. DM interviews haven’t been treated much more kindly.

It is a conversation that has not quietened since. “Lazy and under-confident reporters use email and DM for everything, in order to avoid making phone calls,” says Robyn Vinter, a freelance journalist and former editor at The Overtake. “If it’s not natural for you, as a journalist, to talk freely with anyone and everyone, you need to push yourself until it is.”

‘Sometimes Contact By Social Media Is All You Have’

However, the way we communicate is showing no sign of turning away from the digitally written word. While journalists should always push themselves to be comfortable on the phone and in person, that doesn’t mean that we’ll always be able to contact sources that way.

Email and its more immediate cousin, the DM (direct messages) on social media, have become an inevitable part of the journalistic toolkit, especially during a pandemic where we couldn’t physically meet up with people. Voicenotes too, whether by way of Instagram, Facebook, or WhatsApp, are also social media alternatives.

“Sometimes the ability to contact someone by social media is all you have,” explains Kate Feld, a lecturer in digital journalism at the University of Salford.

While email and DM interviewing are taught in her programme, it is stressed that they must be used alongside in-person and phone interviews. “In my experience, you get better material for written journalism out of an in-person interview,” she adds.

As always, though, context is everything and some beats reveal the importance of email and interviewing methods more than others.

Rachael Krishna, who previously worked at BuzzFeed and FullFact, has found DMing to be indispensable in her work.

She says: “The nature of reporting that I did [for BuzzFeed] was speaking to a lot of people who were digitally native, people who were working on a campaign or creating a persona around their social accounts—people who didn’t want to put a phone number out there or be contacted in other ways.

“DM interviews can be done very quickly. It can be a good way of meeting in the middle when people don’t like giving out very personal details.”

As for Robyn, email and DM offer a vital backup.

“I’m unable to get out as much at the moment and there are a lot of people these days not comfortable talking on the phone,” she says, adding that this often leads to delays and last-minute cancellations with phone interviews. Also, some people are more succinct and articulate in writing.”

This is not to say the method is without roadblocks. Donna Talarico is a content strategist and former features journalist, who argued against the use of email interviews for The Writer in 2018.

“I had a boss that always used to say, ‘get out the shovel, dig deep, that’s where the interesting answers are. You don’t have a chance to get out the shovel when you’re doing a single back and forth,” she explains.

“At first, these types of interviews seem convenient but there’s less of an ability to take pause, where you sometimes get a great nugget from a person.”

Kate also emphasised that written communication can feel staged, saying: “Email interviews allow the source to carefully draft answers to your questions. It can result in statements that feel a bit artificial and don’t have the immediacy of speech.”

The Golden Rules Of DM Interviews

• Consider the context of your interview – is this a short, quick comment for a piece or are you hoping for an in-depth interview? A DM interview might work well for the first, but less well for the latter.

• Take steps to avoid staged answers by asking questions one at a time, rather than sending questions over in one big block. Aim for a free-flowing, professional conversation, using short questions. You can always add follow-ups afterwards.

• Treat answers like a transcript rather than a conversation – and always make sure to screenshot conversations or download voicenotes for you records.

• Ultimately, you need to go into a DM interview with the same mindset as any other. Be discerning about the facts and honest about the process.

A lack of spontaneity and depth are often flagged as problems, but this doesn’t have to be the case. According to Rachael, in the right position, DM can be more immersive than you might expect.

“At BuzzFeed, there were a couple of times where I was asking young people about a trend they’d started and they would say, ‘Oh, I’ll pop you in my DM groups,’ and you can see what it’s like.’”

When you are not fortunate enough to have VIP group chat access, Donna suggests trying a more intimate approach over email, sending one question at a time to allow for a more natural sense of conversation—something which can also be imitated in how you use your source’s answers.

“Consider the email interview your transcripts, not just something easy you can copy and paste from,” she adds.

There are also inevitable practical considerations. Rachael warns of the duality of the DM, in that it is not a permanent record, but can still be used against you if things go wrong. “Never assume they’re forever, save and screenshot whatever’s there. And conduct yourself like a phone interview, you never know what might be made public.”

In terms of the content of the interview itself, simplicity is key. For Kate, both mediums should “keep questions short and to the point. You can clarify with a simple follow up.”

DM Interviews Have A Lot To Offer Journalism

While written interviews are not foolproof, they still have a lot to offer in journalism.

By taking a blended approach with longer news articles, Robyn has seen positive results, including in a piece for The Overtake last year, which went behind the scenes of a big election time headline using a mixture of phone calls, emails, and DMs.

At the same time, while working at FullFact, Rachael has seen how important DM is for verifying vital information quickly.

She explains: “We had an instance when a kid had been misidentified in a video of a Black Lives Matter protest with someone trying to burn the Union Jack. This young man was getting threats from the far right, it was close to him being doxxed, but his friend had tweeted saying ‘this isn’t my friend.’”

“So I jumped in her DMs saying I’d seen her tweet, asking if it was OK to fact check this, that we didn’t want to bring any extra attention to it, and very quickly she got back to me. If we’d tried to find a phone number it just wouldn’t have worked.”

For the best interview results using DM and email, you must be prepared to make adjustments, keep it simple without sacrificing detail, and balance the desires of the interviewee with your own. Ultimately, their success depends on using the same discernment you would apply in any other type of interview— and by treating them fairly, it’s possible to realise their fullest potential. 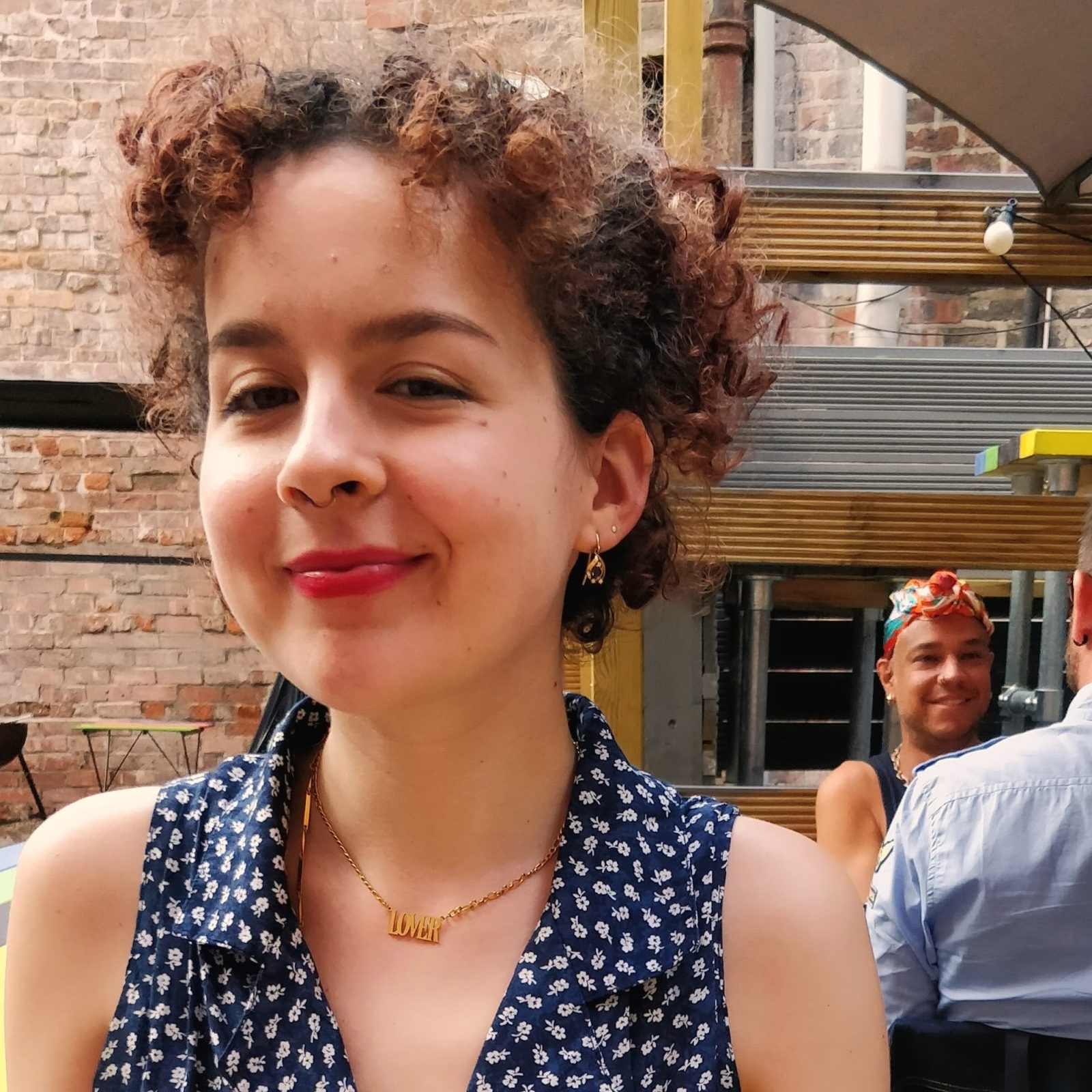 Ally Dinning is a Journo Resources Fellow, who took part in our inaugural 2020/21 cohort. Outside of Journo Resources, Ally is a certified meme expert, working full-time at Memebase, after previous stints at Know Your Meme and Meme Insider.