The latest report from the NCTJ show’s journalism’s class gap is getting worse. In 2021, 75 percent of journalists had a parent in one of the three highest occupational groups, a key indicator of class. Now, in 2022, this has jumped to 80 percent, compared to 42 percent of the overall population. Perhaps most soberingly, the newest intake of reporters is less diverse around class than their senior colleagues.

These statistics are perhaps not surprising – just a few years earlier a report from The Sutton Trust ranked newspaper columnists as the fifth highest profession with Oxbridge recruits, with 44 percent from this elite background. Back in 2013, the State of Nation Report by Chair of the Commission, Alan Milburn, revealed only 11 percent of journalists came from a working-class backgrounds.

This makes sense when we consider that national journalism outlets are concentrated in London and the South, creating additional hurdles for those trying to break into the industry from elsewhere. While remote working became prevalent during early stages of the COVID-19 pandemic, this hasn’t led to lasting change. Opportunities for journalists outside of the South of England are still limited and working-class people are severely diminished, and often poorly represented, in our media.

Class Identity Is Integral Part Of Our Lives

Class identity is an integral part of the lives we lead. Together with our diverse backgrounds and cultures, it makes us the people we are. It determines not only how we perceive the world, but also how the world perceives us. To represent a society in a fair and accurate way – as well as address the hurdles and concerns facing everyone – it is vital that journalism is open to those outside of the middle-class. This clearly isn’t the case right now.

“Middle and upper class people set the standard of what a journalist looks like, sounds like, what their manner is like,” writes Robyn Vinter, a journalist and fellow at Reuters Institute for the Study of Journalism. “And everything else is inferior. If you can’t assimilate, you can’t survive. If anyone doubts this, look at how many working-class news reporters are on TV. It’s either none, or it’s impossible to tell because they were forced to assimilate. We wouldn’t even know what a working-class news reporter would be like because there’s absolutely no frame of reference.”

“Middle and upper class people set the standard of what a journalist looks like, sounds like, what their manner is like. And everything else is inferior. If you can't assimilate, you can't survive."
Robyn Vinter, Journalist

“For news reporters it’s often exactly our working-class-ness that allows people to trust us. But inside the newsroom, you can sometimes see people look at you like some kind of specimen when you’re talking, like ‘hmm what a curious little thing, how on earth did she end up here?'”

The meritocratic narrative of working hard and earning a good quality of life is deeply entrenched in the national psyche and media. However, the concept of a meritocracy is, and always has been, an illusion, Society only permits a few privileged individuals to climb the ladder of social mobility. And, when we don’t have working-class people in our newsrooms, we don’t see stories that properly reflect the country.

“Despite the occasional ‘rags to riches’ storyline, most media representations of working-class communities tend to focus on what these communities lack,” explains Jeremy Ullmann in the Media Diversity Institute. “Not just financially, but also in knowledge, taste and morality. They are constantly depicted as uneducated, poorly dressed and more likely to become criminals.”

Indeed, you don’t have to go far to find headlines about “benefit scroungers” or stories conflating class with crime, obesity, or drugs. Contrast that with the coverage of when Conservative MP Michael Gove admitted to previously taking cocaine, and the class contrasts only become more obvious.

The middle class and elite are afforded the benefit of learning from experience – and the issue is chalked up to be a mistake. However, drug-related stories are treated as shameful or even criminal acts by the working class. As journalists we’re supposed to represent the interests of the country and hold the powerful to account. But without a representative media, we’re not able to do either. At worst we blame and vilify the working class. At best, we still miss the stories that matter.

‘I Often Feel Less Valuable As A Journalist’

So, where does this leave working class journalists looking to break into the profession? Lauren McGuan, 21, is a final year politics student who aspires to be a political journalist, but has struggled to find viable opportunities due to the prominence of unpaid internships and the London-centric nature of the industry. She tells Journo Resources: “Many journalists with existing contracts aren’t from working class backgrounds and they often have existing contracts.”

When she eventually managed to find an opportunity in this middle-class dominated sphere, Lauren confesses she also struggled with imposter syndrome. “When comparing myself to others, I sometimes felt less valuable as a journalist,” she admits.

It’s also an experience echoed by Robyn, who says she had internalised things like not being a polished public speaker or being able to voice her achievements as personal failings. “These are not real failings,” she continues, “they’re not even important for my actual job!”

The system is designed to ensure this failure. Capitalism needs someone to be at the bottom of the ladder so the top can thrive. By maintaining the status quo of a middle class line-up of journalists across the majority of national publications, this situation will never change.

In an already alienating industry, the lack of support is another barrier working-class journalists need to contend with. As reported by Britain Thinks, working-class people often define “hard work” as “putting the hours into physically demanding labour”. Even unconsciously, the idea of your day’s “hard work” being anything but physically seems a middle-class luxury. This can lead to people from working-class backgrounds feeling particularly unsupported, either through family’s inexperience of the industry or a dismissal of the career choice.

"Even admitting out loud that I want to write, is something I rarely do. I almost feel embarrassed. It feels indulgent to want more, to think you are capable. I will always be working-class, and I am proud of that, but I don’t think I should have to close myself off ."
Yasmin Neal, Journalist

My own family, especially my traditional working-class dad, has on countless occasions lectured me about employment, suggesting I apply instead to manual jobs. Simply for my own inner peace, if nothing else, I don’t tell my family about my writing.

Even admitting out loud that I want to write, is something I rarely do. I almost feel embarrassed. It feels indulgent to want more, to think you are capable. I will always be working-class, and I am proud of that, but I don’t think I should have to close myself off to career options just because they typically have a middle-class label attached.

This is, of course, not to say every middle-class journalist’s family is supportive, but the statistics show they are more likely to have a support network. I’m often reminded of the surreal experience when a university friend suggested I utilise my family connections to secure a post-graduation media role.

Since my parents work in manual labour and retail, this wasn’t an option for me. It isn’t for many working-class people. While I attended a more prestigious university, education doesn’t mitigate for a lack of connections or industry experience.

While there is plenty to be done to improve the industry, there are a variety of support groups for people looking to get into and progress within the media:

The Added Inequality Of Class And Diversity

While the 2010 Equality Act has helped to bring in training schemes and apprenticeships to address some of the media’s diversity shortcomings, it doesn’t extend to class, which can create additional barriers when coupled with other underrepresented groups.

Lucy*, for example, is a queer, working-class women raised in a council house in the North-East. “I’ve always been really proud to be working-class and to be from a working-class area,” she tells Journo Resources. “I love the feeling that I’ve worked hard and contributed something to earn my money.”

Eventually though, she chose to not pursue a career in Journalism. The continuous rejection from the limited pool of opportunities in the North-East was too exhausting. “There were opportunities out there, but for papers that published articles by anti-LGBTQ+ writers.

"I knew I would never feel safe or comfortable working in an environment that allowed, even encouraged, that kind of [anti LGBTQ+} discussion. I found that the [few] schemes available were limited by whether or not I would feel safe in that work environment"
Lucy*

“I knew I would never feel safe or comfortable working in an environment that allowed, even encouraged, that kind of discussion. I found that the [few] schemes available were limited by whether or not I would feel safe in that work environment.”

In addition, Lucy was aware that catering to their diversity felt equally problematic. She admits: “I hated the thought that applying for positions through [diversity-led] schemes would make people think I hadn’t earned my place there. That I was just hired to tick a box.”

Working-class journalists should not have to suspend their aspirations until the industry recognises the value our voices hold. To treat us as though we degrade the industry is offensive and wrong.

The journalism industry needs to recognise working-class voices are just as valuable as their middle-class counterparts. Our contribution isn’t some gimmick to fulfil a quota, it is imperative. A more supportive and accessible industry to help cater to working-class individuals will only serve to enrich our society, not lessen it – and we need concrete changes from editors and newsrooms.

* Name has been changed at the interviewees request. 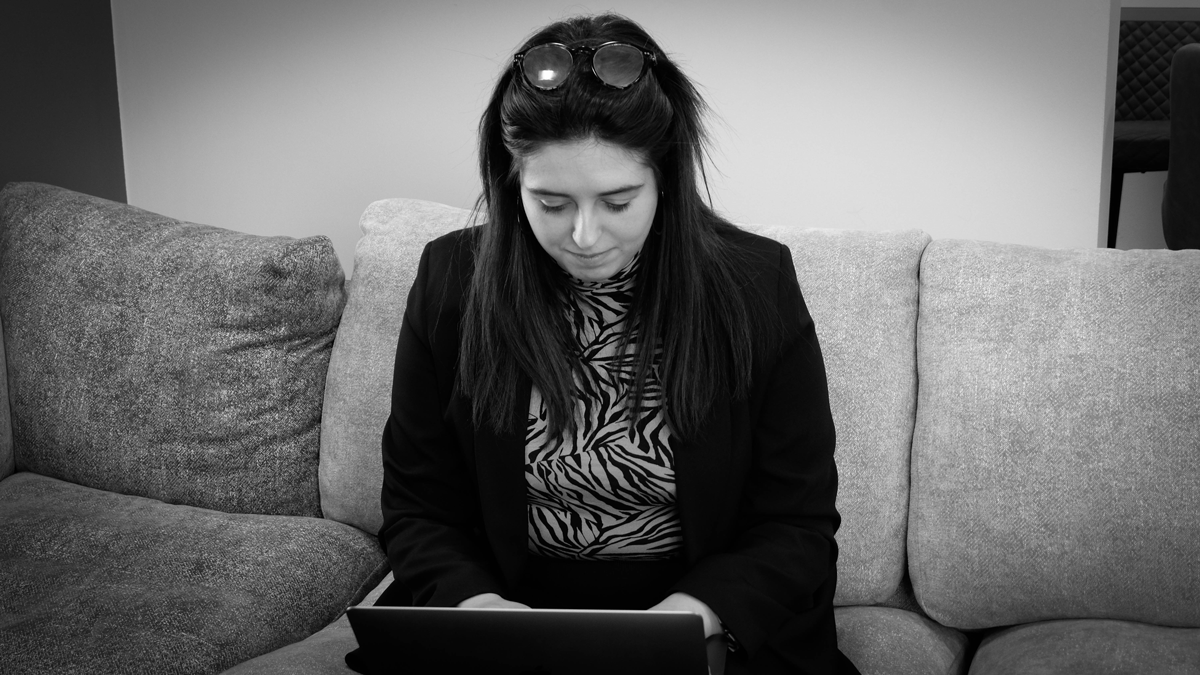 Yasmin Neal is a North-East based writer who is particularly interested in human rights, intersectional feminism, class identity, and interpersonal relationships. Since completing her MA in international politics, global justice, and ethics, and a BA in English Literature and History, Yasmin has started working as a freelance journalist alongside her full-time job as a Marketing and Business Development Manager