Life On the Falklands: What It’s Like Being A Journalist 8,000 Miles Away

It’s a busy time for journalist and filmmaker Oliver Thompson, who is based off the southeastern coast of South America, on the Falkland Islands. The Yorkshire native made the move across the globe in 2019, and is currently the media officer for Stanley Services, the media company which, along with KTV, co-owns the Falkland’s first and only local television station FITV.

We caught up with Oliver about what it’s like being a journalist in a British Overseas Territory some 8,000 miles (8,064, to be precise!) away from home, the 40th anniversary of the Falklands War, and his newfound love for lawn bowls.

Oliver Thompson moved to the South Atlantic archipelago in 2019, the very day after his birthday, as part of the Falkland Islands Broadcast Journalist Scheme. The 12-month contract allows young reporters to join the station and muck in with all aspects of reporting and producing a TV programme, as well as covers your flights and offers heavily subsidised accommodation on top of it all.

Since being in Stanley, which has recently been given city status as part of the Queen’s Platinum Jubilee year, he’s worked as a broadcast journalist at FITV and is now the media officer at Stanley Services Limited.

After completing an undergraduate degree in Geology and Ocean Science and a Master’s in Producing Film and Television, Thompson started working in sports broadcasting, often reporting on top League football matches. The Premier League was swapped for penguins as he moved across the world to the Falklands.

We often hear journalists talking about how no two days are ever the same, but for Thompson, this phrase carries a whole new resonance. He says, “One day you might be thrown out reporting on demining [removing landmines], and another day you might be out there filming on top of a mountain, in the freezing cold with a cup of tea. Then the next day you might be sat inside editing.”

The beauty of the work he does is that “you start with a story and you end with a story when it comes out on television.”

In his new role as a media officer, Thompson’s work is arguably even more varied than in broadcasting. His responsibilities now range from creating content for social media to producing adverts for cinema and TV. “There’s a lot of creative freedom to go out and do stuff, which is great,” he exclaims.

As the population of the Falklands is not at all large, clocking in at just under 3,500, it only makes sense that the people are tight-knit. “Everyone kinds of knows everyone; it’s quite nice. Everyone helps you out with things,” he says. This sort of welcoming community suits Thompson perfectly, who has always been quite community-minded and thinks that was probably what helped him to adjust to life on the Islands. “Obviously, sometimes it does get difficult but, at the end of the day, you’ve got so many close friends here, and you establish a network.”

When asked what the best thing about being based in the Falklands is, he’s quick to answer: “Easy. When you have your lunch break, you can be five minutes away from a penguin rookery, which is crazy. You can sit there with your sandwiches and just have the whole beach to yourself… The wildlife is just insane.”

Covering The 40th Anniversary Of The Falklands War

The Falklands — along with the rest of the world — are currently marking the 40th anniversary of the undeclared war between Argentina and Britain. The conflict, which began on April 2, 1982, lasted 74 days and concluded on June 14 with an Argentinian surrender. The war claimed 907 lives and the dispute with Argentina over the sovereignty of the Islands remains unresolved. Today, the islands are protected under the British Forces South Atlantic Islands as British overseas territories.

This special commemorative year for the Falklands has been taglined “Looking Forward at Forty”, looking back at the 40 year’s since the conflict, as well as all that the next 40 years have to offer.

While working at FITV, Thompson was part of the team producing a feature documentary on the stories of Falkland Islanders and veterans. As he hadn’t yet been born when the conflict took place, hearing from those with direct experience and memories of the war proved particularly nuanced.

“It wasn’t just an interview where you sit down with a camera for 10 minutes, and that was it. It was more of […] having your camera, while the person is pouring their heart out to you, and you just let them. It is emotional […] In this documentary, people have said stuff that they’d never said prior to speaking to us.”

“It wasn’t just an interview where you sit down with a camera for 10 minutes. In this documentary, people have said stuff that they’d never said prior to speaking to us.”
Oliver Thompson

Thompson also recalls another war-related story he was moved by. Even though FITV had worked with previous employees covering the Islands’ 40-year demining project over the years, he ended up being the person at the end of the whole project, filming and capturing the momentous opening of Yorke Bay.

For some islanders, it was the first time they were able to walk across some of the islands beaches, with remained full of landmines from the conflict.

“It was just an eye-opening experience because . . . [for] people under 40, being mine-free for the first time, it’s quite an insane story. I remember we were walking along. . . this new beach that has finally been given back to the public after being fenced off. I was with one of my interviewees and he was in tears, he was quite emotional.”

The story, which attracted international media coverage, is something Thompson says he will “always remember and treasure” from his time working at FITV.

Oliver’s documentary series about the demining on FITV.

Free Time On The Falklands

Although there isn’t a McDonald’s — there are no chain stores on the island — you can get WiFi and there is also an 18-hole golf course. There is also an organised Parkrun, which is incidentally also the most southerly course in the world, taking place at Cape Pembroke Lighthouse. Despite the Islands’ modest population, it gets an impressive weekly turnout.

In his free time, Thompson generally enjoys a good game of football but seems to have branched out since the move, proclaiming: “One sport that I have got involved in, that I’ve never played in the UK before, is bowling — like lawn bowls.”

Having never even consider doing it in the first place, he simply “ended up playing, and then was chosen for the Islands Games team to represent the Falklands!” Even though he has just missed out on bagging a place on the Falklands’ Commonwealth Games team, Thompson is set to visit Birmingham in the summer as part of the media team representing the Falkland Islands. The rest of his free time outside of work is spent socialising and going out. “We have to save our internet as it’s quite limited here,” he jests.

You Never Know When You’ll Find The Best Stories

Journalists who might be considering a significant move away from wherever home is often find themselves hesitating. Thompson agrees that it may not be the easiest thing, asserting that “you’ve definitely got to be dedicated to it because you are sacrificing a lot. You are moving from your home, your . . . comfort zone, into an area that you don’t necessarily know loads about.” That said, he does maintain that it can be a very exciting change. FITV, short for Falkland Islands Television, runs a regular scheme for journalists at the start of their career.

You’ll join their team for 12 months, learning everything from how to present a package to camera to producing in the studio. As well as your salary, you’ll also get heavily subsided accommodation and return flights.

It’s a great chance to really get to know a community and do some proper journalism — you can read a review from past recruit Federica de Caria here.

The scheme is regularly advertised on Journo Resources. You can see the last one here for reference, and make sure to check back with our jobs board for the next time the scheme goes live.

Reflecting on his career so far, Thompson muses that he probably wouldn’t have realised his talent for the production side of journalism had he not made the effort early on to get involved at every stage of the production process. He also adds, “Be aware that your job isn’t just nine to five. You might find stories [during the] night, or you might find stories in the morning, or just chatting to someone in the coffee line.”

It is that awareness that truly highlights the beauty of journalism: not knowing when and where you might find the most interesting stories.

As a parting comment, Thompson advises journalists-in-training, “You’ve spent time and money training […] This is your opportunity to spread your wings and see which aspects of journalism you like, so get stuck in.” 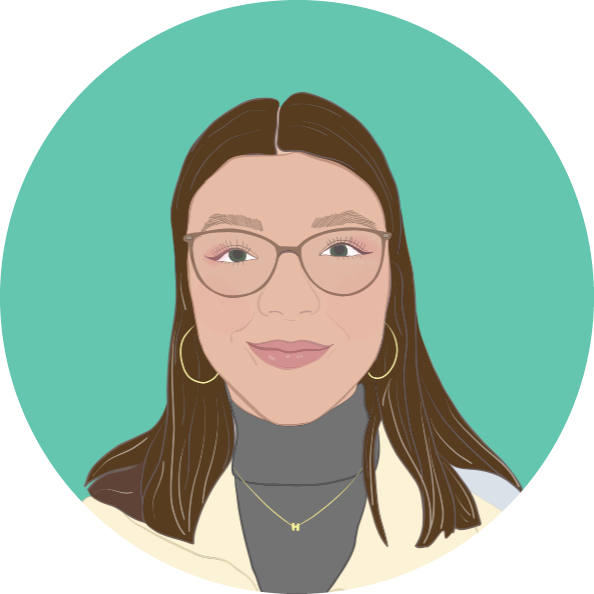 Hannah is a recent graduate from Loughborough University, where she studied a BA in English and Sport Science and an MA in Media and Cultural Analysis. Alongside her studies, Hannah was on the editorial teams of several student magazines and was awarded ‘Best Student Journalist, Midlands’ by SPA in 2018. She was a BBC Sport Kick Off Reporter in 2019 and in 2021, co-founded and edited a one-off 40-page print and digital magazine in celebration of International Women’s Day.

Advice
Turning Six: On The Many, Many Hats We Have To Wear