In an ideal world, disability should never be a barrier to breaking into any industry; especially not journalism, which is supposed to report on the human experience. Nevertheless, even after years of action to make the media more inclusive, barriers do still exist – and they’re getting harder to break down.

For disabled people like myself, accessibility is a huge problem. Just a quarter (27 percent) of offices have lifts and accessible toilets, and that’s just the beginning. More than a third of respondents said their workplace wasn’t sensitive to mental health and neurodiversity, and in the journalism industry specifically, it ranks poorly on representation of disabled people.

As a disabled, autistic journalist, I’ve asked the question to myself – if I embark on a career in journalism, what hurdles will I face along the way? Will I be judged on my content and offerings? Or will I be turned out of the door due to my different needs? And I’m not the only one.

Looking At The People Behind The Statistics

There’s no denying that entering journalism is difficult for anyone. After all, journalism still has a class problem, a race problem, and, most recently, a funding problem. But these common apprehensions are compounded with another layer of anxiety for disabled journalists. We face imposter syndrome problems, we face shorthand problems, we actively worry about disclosing our disabilities in job applications.

Despite years of positive action, disabled journalists are struggling to get their foot through the door – both figuratively and literally. In order to finally make change, we need to look past the statistics and into the daily reality for disabled journalists.

"At first [employers] said this would not be a problem. But when I arrived, I found it was completely inaccessible for me. They say 'we can't afford the accommodations'."
Sofia Brizio

One journalist who has encountered this issue more than most is Sofia Brizio. Originally from a small town on the outskirts of Milan in Italy, Sofia has cerebral palsy. After graduating with both a BA in Journalism and an MA in Creative and Cultural Industries from Cardiff University, voluntary roles came easy. Sofia then published impressive articles which landed her radio interviews. When it came to finding paid work, however, her experiences were very different.

Sofia says: “I found that a lot of the jobs I applied to didn’t mention anything about equal opportunities. This was my first red flag because it meant I didn’t know how to advise them of my disability in advance. Still, I submitted the application and was promptly invited for an interview. I pointed out that I have cerebral palsy and that I use a walking frame – occasionally a wheelchair – to get around.

“At first they said this would not be a problem. But when I arrived, I found it was completely inaccessible for me. Some employees will tell you, ‘we’re sorry, you don’t have the right experience for this role,’ but there are those who are more honest. They say: ‘We’re not accessible, we don’t have an insurance policy to cover you. What if you get hurt? We can’t afford the accommodations’.”

But barriers for disabled people start even before they get into the newsroom. For example, several journalists have spoken out about the difficulties of passing shorthand when disabled. In 2017 Kyle Gunn, a student with cerebral palsy, had to fight to be even allowed onto a journalism diploma, after initially being told he would automatically fail if he was unable to pass shorthand. Even for Kate Pounds, who made headlines after passing her 100wpm exam in 2020, said that despite extensive support from her tutors, there were no ‘accessible resources’ readily available for blind journalists.

We reached out to Kate at the start of our investigation in 2020. Speaking to Journo Resources at the time, Kate said: “There were no resources at hand to visually impaired students like me. I was lucky enough to have a school and department that really encouraged me. After a few weeks of research, someone from the Royal National Institute of Blind People phoned me to say they found this old shorthand book from 1959. It was no longer in circulation, and there was no guidance on how it worked, nor practice exercises. It was just symbols and meanings, and I learned shorthand out of a book that hardly anyone else understood.

“You were very much on your own with it. Accommodations like this book work wonders and they helped me pass first time, but if I struggled with any of the grammar of modern shorthand rules, nobody could support me, because nobody else could read it. There was no way to measure my progress beyond what I could tell them, and it surprised me to learn there were no accessible resources for it.”

"If I struggled with any of the grammar of modern shorthand rules, nobody could support me, because nobody else could read it. There was no way to measure my progress beyond what I could tell them, and it surprised me to learn there were no accessible resources for it."
Kate Pounds

Journalism is well known as a time-pressured environment, with organisations determined to get the top stories out first – something that negatively impacts journalists with disabilities of any kind. This is especially true for those with hidden disabilities. It’s something Neal Oade, from Liverpool, knows all too well. Neal has an immune disorder which triggers urticaria and dermatitis; a series of responses he can neither predict nor control.

“The problem with invisible illnesses like mine,” he tells Journo Resources, “is that there is both a constant fear and a real threat of being written off as ‘lazy’ and making it all up if we’re having an episode we cannot control. This has led me to have multiple attacks on the beat, making me seriously unwell, where I had no other choice but to carry on through with it.

“The worst happened while interviewing coverage of an event, where I had to run to a cubicle to vomit and hide my symptoms. They were physical and quite frightening, so I stayed there, waiting for them to subside – and lost consciousness on the floor for a couple of minutes. I woke up, cleaned myself up, and went back on the job. If I didn’t deliver, there would be no work for me.”

And, for many of the journalists we spoke to for this piece, many fear the consequences of speaking up about their needs, for fear of being blacklisted. “I have had job prospects ruined by professionals who have chosen not to believe or accommodate my disability, and then informed a mutual connection that I am lazy, a liar, an alcoholic,” says Neal.

Amber Sunner, a double stroke survivor and freelance journalist at Stylist, Metro.co.uk and Jam Press, has also experienced negative treatment in the newsroom.

She explains: “There have been times where I have been spoken over in newsrooms and other situations because I talk a bit slower than average. It makes me feel inadequate and it happens more often than I would like it to.

“Fortunately, I am also the kind of person who doesn’t take this sort of thing well. I always stand up for myself in the moment, which is something I learned to do at a young age. I quickly learned that after the strokes, if I didn’t stand up for myself, I would probably be silenced.”

Access To Work is a Government scheme to help you get or stay in work if you have a physical or mental condition, or disability. You can check your eligibility online and you can apply either online or over the phone. Any money you receive is a grant and does not have to be paid back.

It doesn’t matter how much you earn, and your workspace can include your home if you work there some or all of the time. You can also renew the grant if you need ongoing support.

Things you can apply for include:

• Adaptations to your vehicle so you can get to work,

• Taxi fares if you can’t use public transport.

You can find out more details on the Government website.

This is an experience that Lydia Wilkins, a freelance journalist, also shares. As an autistic woman in the newsroom, Lydia worries employers see the label first.

“The biggest hurdle I have had to deal with is stereotypes and, by extension, bias. I have been told I am a ‘rarity’ – but that does not take away from the fact I struggle. My careers advisor basically had no up to date information, too.

“Being female just so obviously means I struggle less – and this attitude is in newsrooms. No one really creates an atmosphere of belonging. At all. And when another female journalist finally turned around to me and said: ‘you belong’, it reduced me to tears. I was so happy.”

"As soon as 'I'm autistic' is uttered out loud, you can literally see the change of perception on someone's face and in their tone of voice."
Lydia Wilkins

She adds: “Job interviews are also tricky. I was told recently that a reasonable adjustment – of me seeing questions beforehand – would not be granted. I ended up not applying as a result.

”It is rare to see any sort of policy about disclosure because as soon as ‘I’m autistic’ is uttered out loud, you can literally see the change of perception on someone’s face and in their tone of voice.

“At the end of the day, listening is an invaluable skill – and although journalism is all about listening to other people’s stories, we as an industry don’t listen to those under the category of ‘diverse’.”

Years of inequity in journalism, unwillingness to accommodate individual needs, and a push to “suck it all up” have left many disabled journalists constantly operating on a backfoot. As a result, we are losing an array of diverse voices and specialists, leaving a gaping hole in the industry.

If UK journalism truly seeks to represent the communities it serves, it must take journalism’s disability gap seriously. After all, if the pandemic has taught us anything this year, it’s that hours of Zoom calls, remote internships, and ‘work-from-home’ opportunities have always been an option on the cards, so they must continue to be post-pandemic. 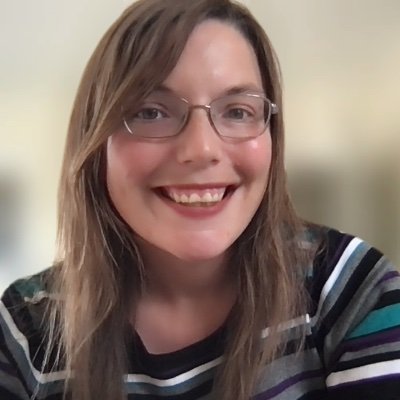 April is the editorial assistant at Journo Resources and works on keeping our resources up-to-date across the site. She is also a freelance journalist and one of our inaugural 2020/21 Journo Resources fellows, where her work focused on disability within the journalism industry.