A Day in the Life of… Laura Sanders, Multimedia Reporter at Free Radio

If you’d have asked a younger Laura Sanders what she wanted to be when she grew up, journalism wouldn’t have been her first answer. In fact, the multimedia reporter had aspirations to be a pilot, despite a distinct lack of love for maths and science.

Her grandad has a better idea though – it was him who told her she’d be a good journalist one day. Now, after graduating from a journalism masters at Birmingham City University in 2019 and a stint at student newspaper the Looprevil Press, she’s working as a multimedia reporter at Free Radio.

Journo Resources caught up with her to talk everything from working the weekend shifts to the importance of putting your work out there.

How Does Your Day Start?

I start around nine o’clock. A lot of the time I’ll know what I’m doing when I get in but there are days where I’ll get to my desk and the newsreader will turn around and say “Right, don’t get comfortable, get out there.” It’s great and really varied.

We have to cover three stories a day, which is quite standard for commercial radio. We record clips, put stuff online, and prepare things for the news bulletins and social media. It’s a very busy day, but no two days are the same, which is what I love.

"A lot of the time I'll know what I'm doing when I get in but there are days where I'll get to my desk and the newsreader will turn around and say “Right, don’t get comfortable, get out there." It's great and really varied."
Laura Sanders

What’s It Like Being A Reporter For Free Radio?

My job’s quite different to some of the other reporters at the station. I’m on my own at weekends, covering four patches across the West Midlands. It really can test you. I’m watching eleven police force websites rather than one or two and if there’s breaking news, I have to decide how to respond. I’ve been spending a lot of my weekends covering the flooding in Worcestershire lately.

What Has Surprised You Most About Your Job?

The level of work you have to turn around surprised me the most. Even though I had news days at uni, there’s a lot of pressure on reporters everywhere to turn around multiple stories across multiple different platforms. It was a big shock to the system.

When I first started I thought “How could people do this?” But within weeks, I’d settled in and now I can turn around three stories a day, no problem.

Did Your Masters Degree Help You?

The biggest part of my MA was learning mobile journalism. On day one in my job, I was given a phone, a tripod and a mic and that’s what I take when I’m out on the scene.

There’s a lot of journalists still out there with big film cameras but learning how to take quality video on a phone and then turn that into a package using only the apps on there has been an invaluable lesson to learn.

I Always Thought I’d Be…

I always wanted to be an airline pilot when I was younger. Then I realised that you need to be amazing at maths and science and I was always an English and arts type. You also need perfect eyesight, which I sadly don’t have.

My granddad knew what I’d be, even when I was young. I used to write little stories. He said ‘you’d be a good journalist’ and one day I turned around and thought “Actually, I’d really like to go into that”.

"The level of work you have to turn around surprised me the most. Even though I had news days at uni, there's a lot of pressure on reporters everywhere to turn around multiple stories across multiple different platforms. It was a big shock to the system."
Laura Saunders

I got the job because…

I was approached by the editor on Twitter. He just DMed me one day and said “You fancy some freelance shifts?” Just coming out of uni I was like, “Yes, definitely!”

I think the key thing is that if you’ve done good work, make sure you put it out there. Be active on social media, show off and people will know that you’re there.

I sleep! And I love watching documentaries, especially those from BBC Three. I love podcasts and I try to keep fit. I like running and walking the dog. 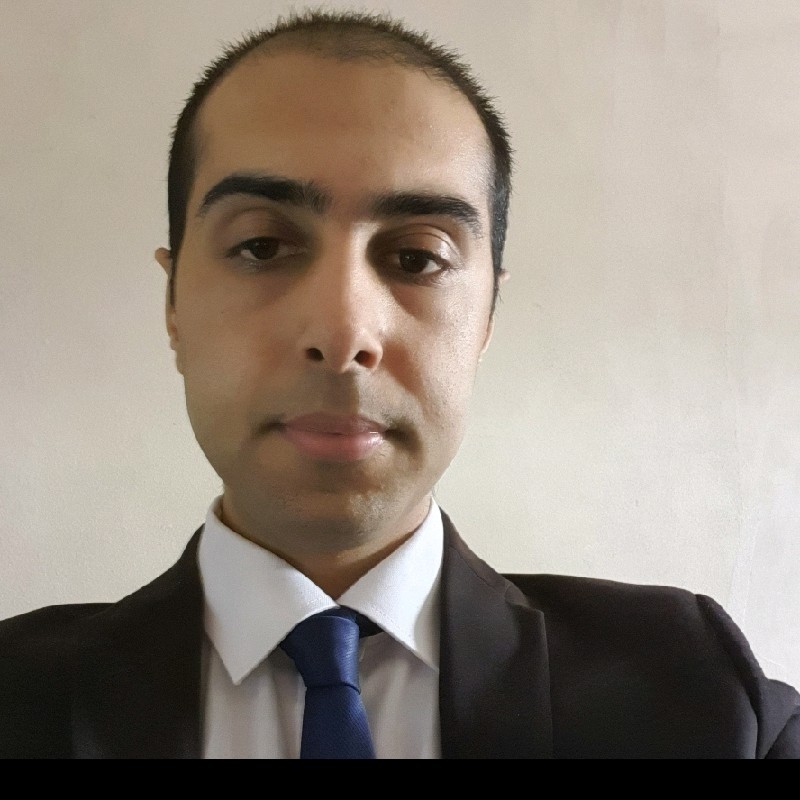 Umar is a freelance journalist who has bylines with DatacenterDynamics, Birmingham Eastside and others. He works for Journo Resources primarily on our ‘Day In The Life’ series, speaking to a wide range of journalists from ITV’s Louise Goodman to BirminghamLive’s Jayne Haynes.